Join us each Thursday in June and July on our social media and especially on our YouTube channel as we take a look back in the news 100 years to the day. After finding an item of interest, we’ll explore it. 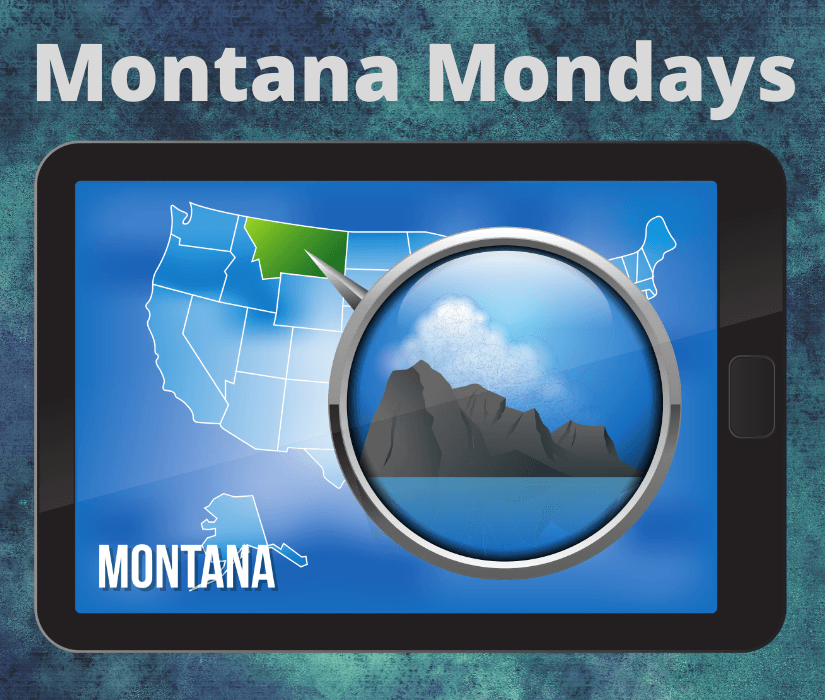 Thanks for joining our Montana Monday Scavenger Hunts - we hope you had fun!

About the Montana Room

What will your find in the Montana Room? Books about the people, places and events that shaped and continue to shape Billings,Yellowstone County and the state of Montana. Microfilm of Billings newspapers from 1882 onward. Yearbooks from city high schools. City directories and old telephone directories. In short, the resources you need to learn about your community. Materials in the Montana Room are not available for checkout, but many of the titles are also available in the nonfiction collection.

Tales From the Archives

These stories come from the archives at Billings Public Library. Buried deep in file cabinets for decades, they are emerging as library staff sort through, re-organize and index them. Some come from newspaper stories from around the state. Some are from correspondence, pamphlets, newsletters or other sources. They tell fascinating stories about the lives and experiences of our fellow Montanans.

Bannack, Montana’s first territorial capital, might have crumbled into the dust like so many other ghost towns in the West if it weren’t for Mable Ovitt. Her fascination with its history is the reason it is a Montana State Park and a National Historic Landmark.

Mable Pansy Smith was born in Haviland, Ohio in 1896, but moved with her family to western South Dakota at the age of 12 when her parents filed a homestead claim. She married Glen Dart, who died in 1918, leaving her with a baby daughter. She remarried to Floyd Ovitt, with whom she had five more children. Her own formal education had been limited, though she had always wanted to write, and continued to read and study on her own. She strongly believed in encouraging her children’s education. The Ovitts had a homestead on the Powder River in southeastern Montana for a time, but later moved into Miles City.

When her husband died in 1949, Mable still had two children at home, and struggled to earn enough to feed and clothe them. Mable was working cleaning a local theater when she had an idea to build an apartment building. She felt the income from such a building would permit her time to pursue her dream of writing. The only way to accomplish this goal was to do it herself, and so she did.

She planned out a building with five apartments, and went to work. Her father and brothers were carpenters, and she had picked up some skills from them, and she had had some previous building experience when she had helped build the family’s home on the Powder River. It took her three years to complete, while still working and raising her children. She did all the work herself, except for cabinetry and the plumbing, which her son Neill helped her with.

During this time, she had made a trip to Dillon to visit her son Norman. He suggested that they visit Bannack. Expecting to see the ruins of a ghost town, Ovitt was surprised to see so many buildings standing. At that point she became determined to write about it.

Returning to Miles City, she went back to work on the building. Before it was finished, the family’s small home was destroyed in a fire. She sold the apartment building and took the insurance settlement from the fire, and moved to Twin Bridges, where one of her older daughters lived. Her son had left for college, and her youngest daughter now attended school there. There she began 14 months of research into the history of the town, including trips around the state to interview old-timers, visits to the Historical Society in Helena, and even going further afield.

In 1952, she published Golden Treasure. It highlighted the gold strike on Grasshopper Creek, along with Henry Plummer and the Vigilantes. But it also talked about lesser known historical figures and the hard work of mining, and the inhabitants of the town of Bannack, which once held 10,000 people at its peak. The book was well-received, and remains a seminal work on the history of Bannack.

Ovitt did more than write about Bannack. She now lived there. She also started a movement to restore the town, and to turn it into a tourist attraction. She even developed ideas to repopulate the town in order to preserve it. What she did accomplish was to get Bannack enough attention and interest to be named as a Montana State Park. In 1961, it was also named a National Historic Landmark.

Mable Ovitt remained a resident of Bannack. She had a gold mining claim in the nearby hills. When heading to work at the claim in 1968, she stopped her car on a rarely-travelled dirt road to get something out of the trunk. Unfortunately, while standing at the back, the car rolled back over her and into a ditch beyond. An outfitter found her some hours later, but she died shortly after reaching the hospital. She was survived by her six children and 24 grandchildren. Mable Ovitt is buried in the cemetery in Bannack, the last person ever to be buried there.

Independent-Record (Helena), “Mable Ovitt Starts on New Career as Writer and “Pusher” for Restoration of Town of Bannack”, August 27, 1950

Previous Tales from the Archives

We are in search of yearbooks!

We need yearbooks from Billings Central, Senior, Skyview and West High Schools! We are working on digitizing our yearbook collection and adding them to the Montana Memory Project but we have some gaps that we would like to fill.

We are looking for yearbooks that have minimal to no writing in them and do not have missing or torn pages.

The years that we need are:

Drop off at the 2nd floor help desk or for more information call Cassie at 657-8258!

Use of Montana Room Materials in Publications

Interested in using a photograph or document from the Montana Room? Please check out our Permissions for Use page.

Can't get enough of that local stuff? Check out these great resources available online